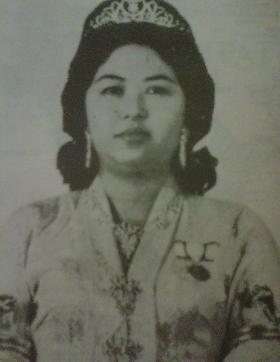 In the morning of Friday 7th October 2011, I received an sms from my uncle – Tan Sri Megat Najmuddin Bin Dato’ Seri Megat Khas who is the current President of the Megat Terawis Clan Association of Malaysia, instructing me to represent him and the clan to the funeral of Almarhumah Raja Muzwin. Upon consultation with the Sultan’s Office in Kuala Kangsar, I was told that the funeral procession will commence after Asar Prayers at Makam Al-Ghufran, Bukit Chandan, Kuala Kangsar.

I reached Kuala Kangsar at about 4.15pm and the crowd was huge. Obviously it does not only involve those in Perak but also involved the Royal Family of Johor. For those readers out there, the present Sultan of Johor – Sultan Ibrahim Ibni Almarhum Sultan Iskandar is the son-in-law of Almarhumah Raja Muzwin as His Royal Highness’ consort – Raja Zarith Sofiah is the daughter of Almarhumah.

I would like to dedicate this posting to the Almarhumah Raja Muzwin. Let’s recite Al-Fatihah for Almarhumah.

Below are some pictures taken by me (using just my phone camera) during the funeral.

5 of Almarhumah's grandsons - unfortunately I don't know the names of these princes. My bet is from left is Tunku Abdul Jalil of Johor and the other 4 are the Al-Sagoff brothers (sons of Raja Puan Mahkota) 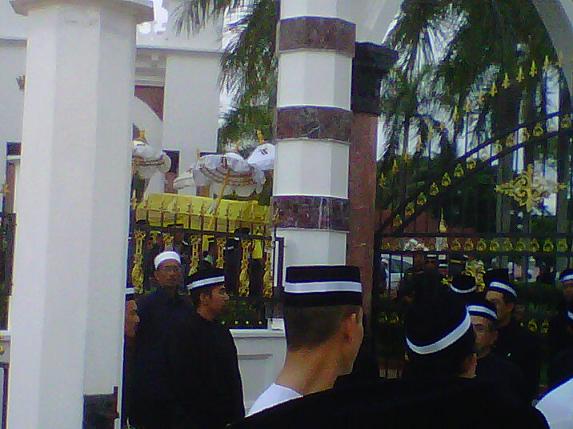 The coffin of Almarhumah Raja Muzwin on its last journey towards her final resting place.

My salute to these princes. Sons (YTM Raja Kecil Besar Iskandar Dzulkarnain and YAM Raja Jamil Ariffin) and grandsons (Tunku Abdul Jalil of Johor can be seen at the head of the coffin) bearing the coffin

Talkin Recital by the Perak Imams 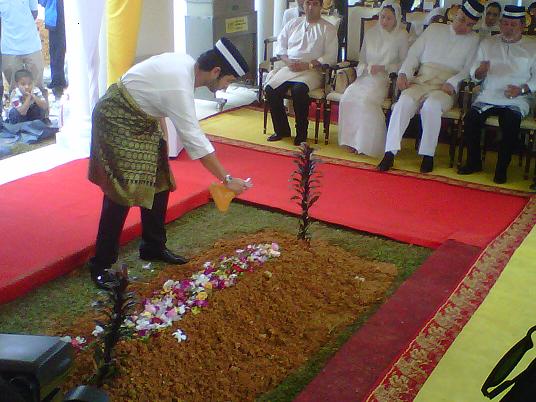 The Tunku Mahkota of Johor 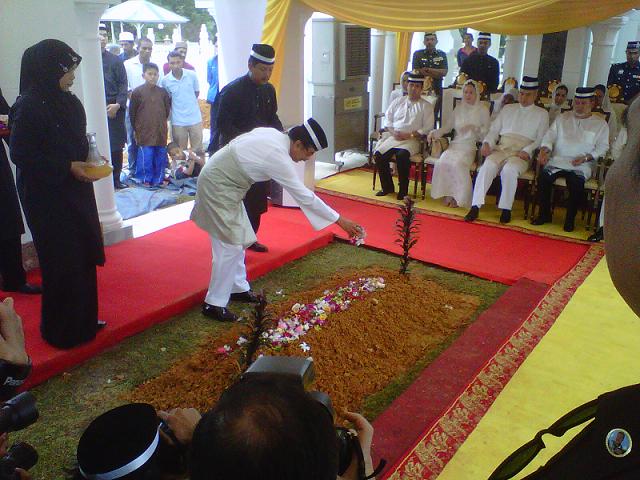 Grandchildren of Almarhumah Raja Perempuan Muzwin - standing next to their late grandfather's tomb.

Born 18 February 1979. Received primary education at King Edward VII School, Taiping, Perak and continued his secondary education at Sekolah Tuanku Abdul Rahman (STAR), Ipoh, Perak (1992-1996). He was awarded a scholarship by the Public Service Department to further his studies in the United Kingdom. Completed his A-Levels at Brooke House College, Market Harborough, Leicestershire, United Kindom in 1999 and gained entry to the University of Kent at Canterbury, United Kingdom. Graduated with a Joint Honours Degree in Computing and Accounting & Finance in 2002. He later pursued his post-graduate studies at the School of Oriental and African Studies (SOAS), University of London in 2003 specialising in Malay Aristocratic Genealogy. Former Chairman of the United Kingdom Executive Council for Malaysian Students (UKEC) from 2001-2003. He was a banker by profession – specialising in Cash Management & Islamic Finance. He is now heading the corporate affairs of a technology company based in Putrajaya. An appointed member of the Community Representative Council for Putrajaya (MPPWP Sub-Zone H) by the Minister of Federal Territories. He is also an elected member of the Executive Committee for Persatuan Darul Ridzuan, heading its Heritage Bureau. He is also the founder and currently serving as Secretary of the Persatuan Keturunan Megat Terawis Malaysia (The Megat Terawis Clan Association of Malaysia). A Grade 8 holder in Pianoforte, he is an active musician, composer and arranger. He married his 3rd cousin – Puteri Nuur Khadijah Binti Megat Ramli in 2004 and was blessed with two children – Megat Idris Naquiyuddin and Puteri Mariam Sophia.
View all posts by Megat Iskandar At-Terawis →
This entry was posted in Uncategorized. Bookmark the permalink.